Pam Kramer: Last month Pastor and I wrote about Judas Iscariot. Lots of questions; lots of answers! This month, we celebrate Pentecost. Maybe if you are a life-long Lutheran you get it, but “newcomers” like I still need some clarity.

The name comes from the Greek word pentekoste which means fiftieth. Is that a birthday (Jesus didn’t live that long) or anniversary? For some Christians, it is the celebration held on the seventh Sunday after Easter (to be clear, that is fifty days after Easter.) In the Old Testament, the Jews also had a “pentecost,” called Shavuot in Hebrew and held forty days after Passover. It was a Thanksgiving for the first fruits of the wheat harvest and a remembrance of the law given to Moses.

For Christians, it is the day the Holy Spirit descended to the apostles, making them speak in tongues. So, what does that mean? Did they suddenly have the ability to speak in their non-native languages so that they could preach the Word? Or was it gibberish? If you go to a Pentecostal church, what are you speaking? In other words, what does “speaking in tongues” mean? Some characterize it as the birth of the church. Does it make it a birthday celebration?

An aside: With Judas Iscariot gone, the remaining eleven disciples voted to add Matthias, who was there at Pentecost and became holy without ever having been a disciple!

Here at Trinity, the Pastor burns a fire in the baptismal font (being careful not set the whole building on fire). Congregants are encouraged to wear red to reflect the flames which descended on the Disciples. Is this because we are a liturgical church, rather than an unscripted one like our Baptist friends? So many details that I need filled in. What are the theological answers?

Pastor Justin: Oh boy! Pentecost. As I sit here and write this, I am burning with rage following the latest mass shooting at Robb Elementary School in Uvalde, Texas where 19 children and 2 adults were murdered. Since 2009, there have been 274 mass shootings in the United States, resulting in 1,536 human beings killed, and 983 wounded. This marks the 27th school shooting THIS YEAR ALONE! So what in the hell does Pentecost offer us right now?!?!

3Divided tongues, as of fire, appeared among them, and a tongue rested on each of them. 4All of them were filled with the Holy Spirit and began to speak in other languages, as the Spirit gave them ability. Acts 2:3-4

The Holy Spirit filled the disciples, and they began to speak in other languages as the Spirit gave them ability. There it is!

You see, the Church has a language. It is jokingly referred to as “Christianese.” Phrases such as, “Washed in the blood of the lamb,” and “Take and eat, this is my body given for you.” And how we talk in church…often we keep it “nice.” You see to speak the language of the church is to not offend…at least that’s what is often taught. But the Holy Spirit gives us the ability to speak different languages. Languages that convey rage, trauma, and the full range of human emotion. Since that is the case, this Pentecost season we are given a gift. We are filled with the Holy Spirit who gives voice to our rage and our fears. Our language may not sound nice, it may be filled with pain. And that is not only okay, but also necessary.

If there is any theological answer to Pentecost, it is this: the Holy Spirit gives us the ability to put words to our pain, they may not be nice words, or even well-constructed words, but they will be words that convey our most honest feelings, and when we do that, we are tapping into the Divine within each one of us.

Remember your starting place: You ARE God’s Beloved Child! 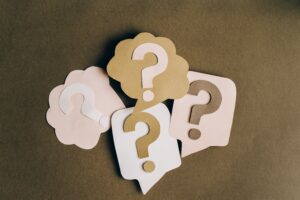 Pam Kramer: We know that a question is a statement 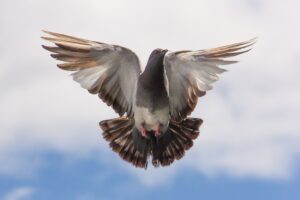 Pam Kramer: Last month Pastor and I wrote about Judas 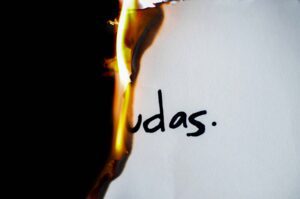 What Happened to Judas Iscariot?

Pam Kramer: It is May, the betrayal and passion is