The History of Trinity Lutheran Church 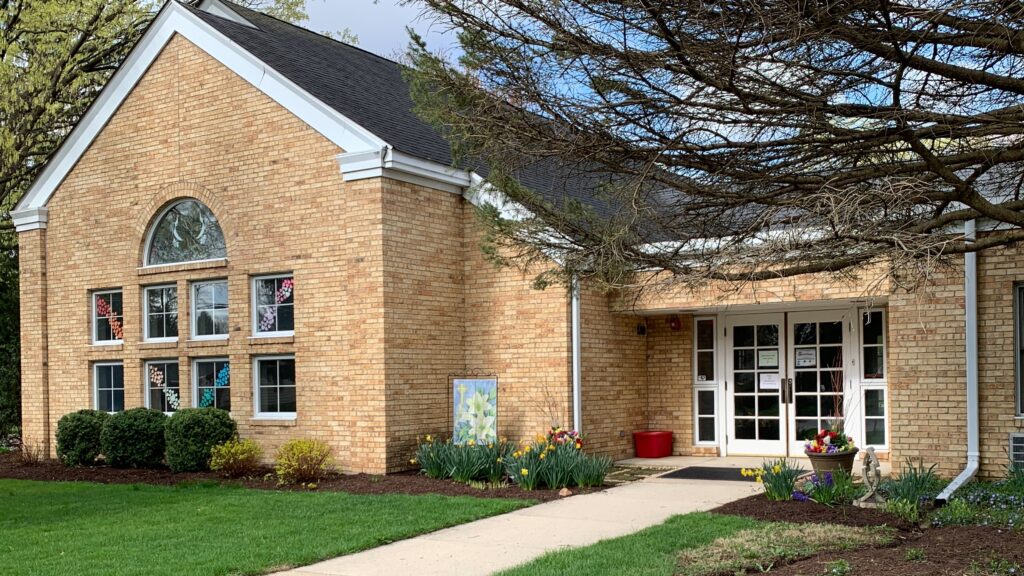 Trinity Lutheran Church has served Warrenville and the surrounding area for more than sixty years. During that period the expansion of its ministry has largely coincided with the expansion of Trinity’s facilities.

Trinity began conducting worship services at the Community Building in downtown Warrenville in 1942. At this early stage, Trinity Lutheran Church was a fledgling congregation seeking simply to establish a foothold in Warrenville.

Its progress in that regard was illustrated by the construction of a house of worship, and later a parsonage at on the northwest corner of Aurora Road (Warrenville Road) and Curtiss Avenue. Both were constructed in the 1950’s. Trinity has conducted worship services on that site continuously through today.

Throughout the 1950’s the congregation became a fixture of protestant worship in Warrenville. By the early 1960’s a need had arisen for expanded Sunday church school facilities. Looking to the future, and relying almost exclusively upon volunteer efforts of congregational members, Trinity erected a Sunday School wing north and west of the original sanctuary.

The church experienced slow but steady growth for the next fifteen years. When the “Abbott Property” located immediately west of the church, came on the market in the late 1970’s, the congregation took a leap in faith and closed on the purchase of that parcel. At the time, there was no definite plan for expansion of the church facilities, and much apprehension surrounding the taking on of a fixed debt. Nevertheless, the congregation felt the time was right to provide some flexibility for future growth. Its decision proved prophetic.

By the mid-1980’s worship attendance had expanded to the point where additional worship space was needed. A three year project resulted in a replacement of the existing sanctuary, (capacity 60) to a large fan-shaped sanctuary which can accommodate up to 200 worshipers. The need for this increased worship space was due, in large part, to the increasingly active role in community affairs which were undertaken by the Trinity Church and its members. Trinity had moved into a position of pre-eminence among protestant voices in the Warrenville community.

After the sanctuary was completed, worship attendance climbed dramatically for a few years, before leveling off through the decade of the 1990’s. During that period, the Pastor for Trinity was able to meet is goal of moving out of the neighboring parsonage. He and his family were able to live, in a single-family residence located in Warrenville while enjoying all of the benefits of home ownership.

With the dawn of the 21st century, Trinity was prepared to move forward once again on many fronts. It adopted an “Open and Affirming “ philosophy which welcomed into its community of faith many previously unchurched. While Trinity continued to lead programs and activities within Warrenville, Trinity again expanded its focus. It participated actively in world wide programs and efforts which extended from west Africa to post-Katirna New Orleans.

Once again the expansion of vision in ministry coincided with a further expansion of Trinity’s physical plant. The former parsonage and Abbott house (purchased 23 years earlier without a definite plan or reason) were both demolished. A desperately-needed parking now rings the church property where those two houses previously stood. Again, the decision to forego the rental income from the two demolished residences required an act of faith by congregational members. Once again this act of faith has been rewarded.

The new parking and associated open spaces have made Trinity even more inviting and welcoming to those who seek the Gospel of Jesus Christ.

As indicated by the foregoing history, the future of Trinity is as unbounded as it is unpredictable. Please consider helping to write the next chapter of this exciting, spiritual journey.